Here you will find the best products for treatment and prevention of fleas, ticks, sand flies, lice and mosquitoes on your dog. Show more 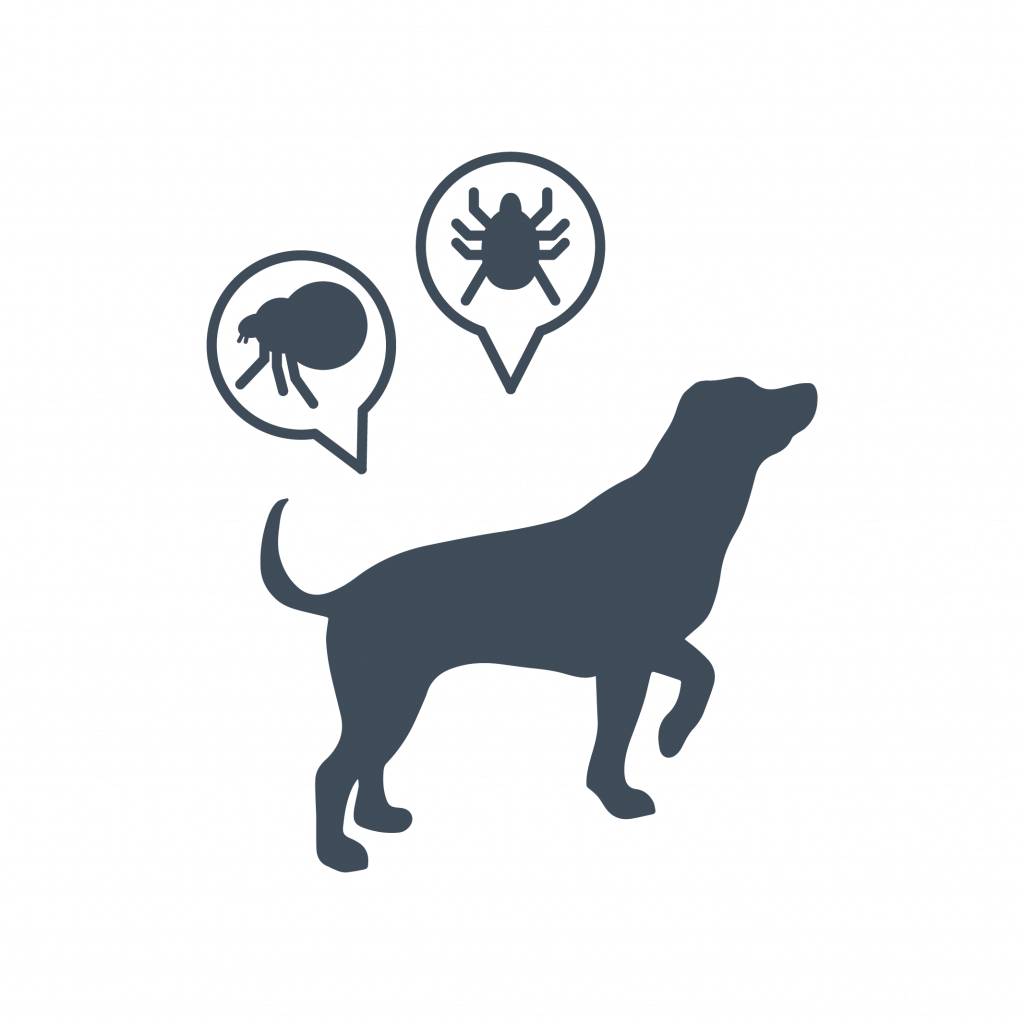 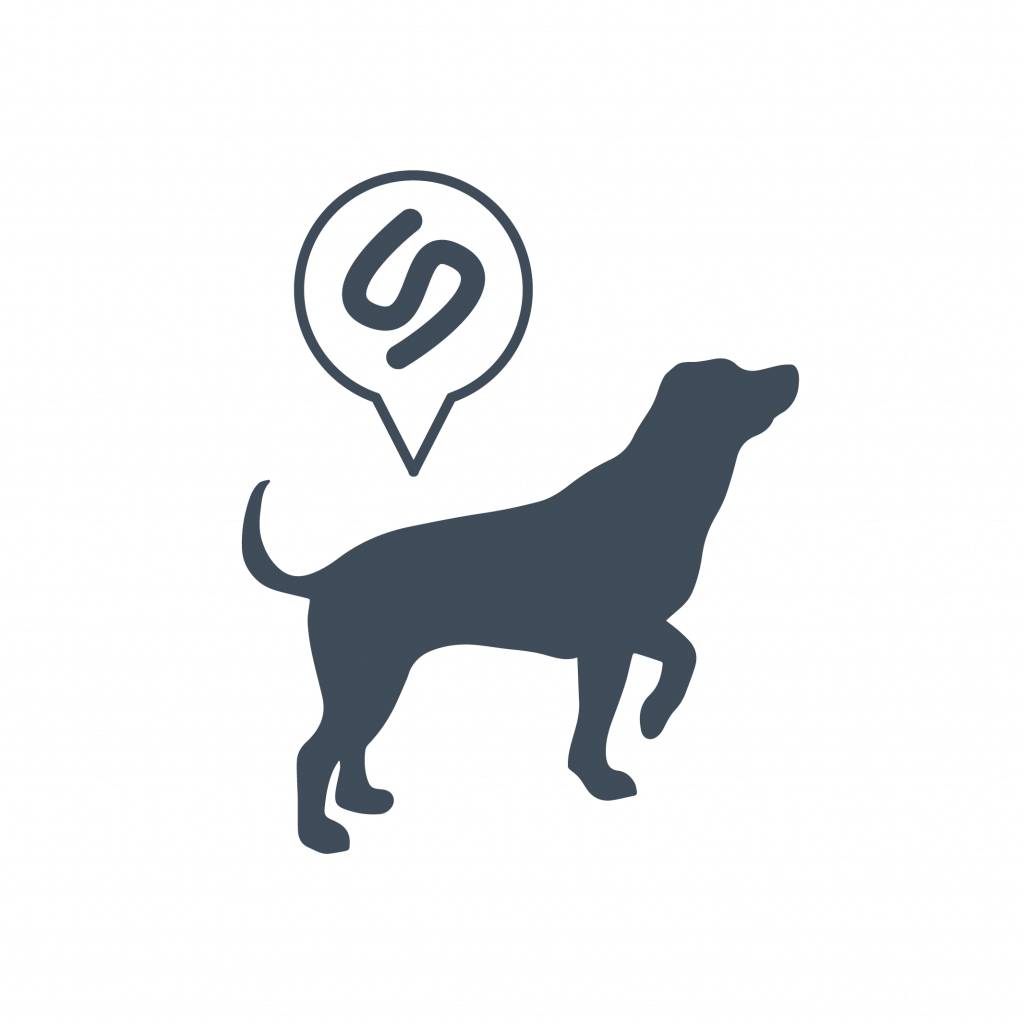 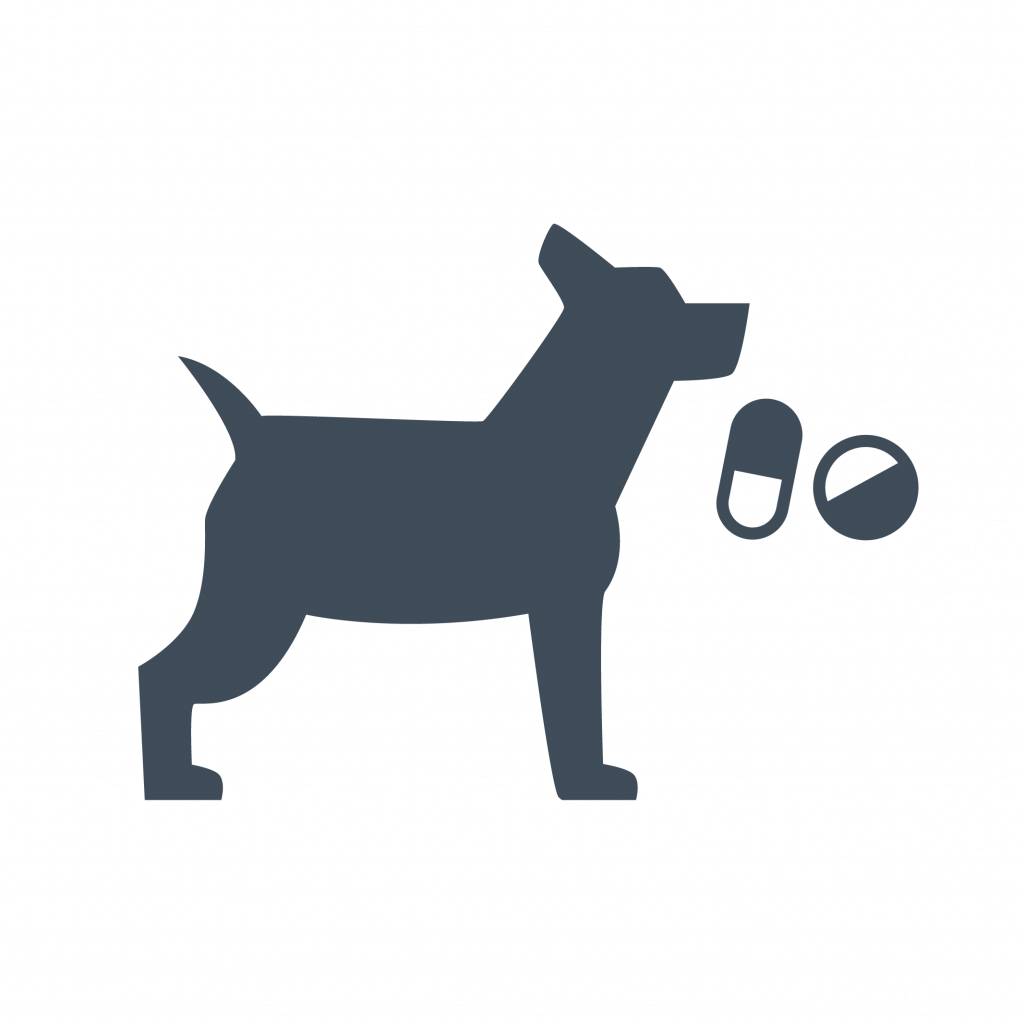 Control and prevention of fleas, ticks, sandflie...
In stock
€39,20

For prevention and treatment of fleas and the tr...
In stock
€29,10

For the treatment and prevention of fleas and ti...
In stock
€33,65

Control of infestation of ticks and sandflies in...
In stock
€38,75

Spray for the prevention and treatment of fleas ...
In stock
€26,25

There are different products for fleas and ticks for the dog. You can choose from various methods of administration, such as a collar, spray or drops (spot-on pipette). Keep in mind the age of your dog when choosing an anti-flea and/or anti-tick medicine.

Ticks and fleas are spread throughout all of Europe, so a dog always runs the risk of being bitten by fleas or ticks, small (ecto) parasites that can cause various problems. The tick bite itself is usually not painful, but diseases can be transmitted through a tick bite with possibly nasty consequences. Fleas, on the other hand, can cause skin problems in the dog. Fortunately ticks and fleas are easy to fight and prevent with the right means.

FLEAS
Fleas are small blood-sucking insects that remain on the dog once they are on it. In dogs, the dog flea (Ctenocephalides canis) and the dog flea (Ctenocephalides felis) can cause an infection. These fleas can also bite people, creating small red bumps, but they immediately fall off again. They are creatures that like to nestle in warm, sheltered places. Not surprising that dog hair is so loved by the fleas. A dog can be infected with tapeworms after eating an infected flea and puppies may even suffer from anemia by the blood sucking. That is why it is important to treat your dog against fleas as quickly as possible.

Symptoms of fleas
Itching
Red, fiery spots (often lodoged on the belly or inside of the hind legs)
General anxiety
Hair loss
Crusts on the skin
In addition to these symptoms, it is also possible that dogs get a considerable inflammation of the skin, due to the many scratches. In addition, it is also possible that dogs become allergic to the saliva of the fleas, which increases the severity of the symptoms. Consult a veterinarian in case of very severe itching, scaly skin and baldness.

TICKS
The tick is a small dangerous parasite that sticks to the skin of humans and mammals to indulge in blood. Over time, the tick releases again filled with blood. This cycle does not seem to be a problem in itself, but in the meantime the tick can transmit serious diseases.

Consequences of a tick bite
The best known disease that ticks can transmit in Europe is Lyme disease. A tick bite causes an infection with the Borrelia burgdorferi bacterium. Other common diseases include Babesiosis (Tick fever - Piroplasmosis), Anaplasmosis and Ehrlichia.

Lyme disease
The most common symptom of Lyme disease is lameness due to joint infections in one or more joints. Furthermore, fever, loss of appetite, slowness and enlarged lymph nodes may be present. Kidney damage may also occur at a later stage, causing the dog to lose protein through the urine. The lameness also remains and skin complaints may have occurred. Neurological symptoms are regularly seen in humans, but this does not seem to occur in dogs. The diagnosis is often difficult, but the disease can be treated well at an early stage.

Babesiosis
Babesiosis, or tick fever, is a protozoal infection that is transmitted by ticks that occur in southern Europe. It is therefore important to protect your dog against ticks if you take him to southern Europe. The protozoa infect the red blood cells of dogs, causing the immune system to attack the red blood cells. This will cause the red blood cells to die and anemia will occur. An infection with Babesia is acute, symptoms appear after approximately 1 - 3 weeks. The symptoms of Babesiosis include slowness, loss of appetite, red urine, fever, diarrhea and vomiting. Sometimes you notice that your dog's mucous membranes are yellow. This disease is easy to treat, but the most important thing is tick prevention to prevent the disease.

Ehrlichiosis and Anaplasmosis
Ehrlichiosis and Anaplasmosis are diseases caused by bacteria that get into the white blood cells of dogs. Anaplasmosis is transmitted by the Ixodes ricinus tick, this is the most common tick in the Northern Europe. Ehrlichiosis, on the other hand, is transmitted by ticks found in Southern Europe. The clinical picture of both bacteria is the same.During the acute phase we see fever, general sickness, vomiting and anemia. During the chronic phase enlarged lymph nodes, bleeding and bruising, pale mucous membranes, thickened hind legs, red urine, eye and nose depletion, kidney damage, lameness and neurological symptoms are seen. It can take weeks to years before the chronic phase starts. Your dog appears healthy between the acute and chronic phase. The treatment of Anaplasmosis and Ehrlichiosis consists of a long-term antibiotic treatment with Doxycycline.

Removing a tick
It is important to regularly check your dog for ticks, for example after a walk in the woods. If you find a tick, it is best to remove it immediately with a tick hook or tweezers to prevent transmission of infections as much as possible. The faster the tick is removed, the smaller the chance of disease transmission. Are you in doubt? Then contact your veterinarian.

Preventing ticks
Tick ​​prevention and control is the most important measure to prevent tick bites and possibly disease. Prevention is better than cure. Therefore, protect dogs well against ticks, even in winter. For this you can use drawing tapes, spot-on resources and sprays from various brands, such as Advantix, Seresto, Prac-tic, Scalibor, Frontline, Pulvex and Amflee. In addition, you can also find a drawing hook in the webshop.

FLEA & TICK CONTROL
Fighting fleas is not only about killing adult fleas, but also about removing eggs, larvae and pupae in the environment, since the life cycle of the flea takes place on both the dog and the environment. That is why there are various flea control agents available.

It is recommended that you read the package leaflet carefully before you administer the treatment.